Tim Devine is a landscape and nature photographer from central Pennsylvania. One of Tim's passions is waterfall photography, and his favorite place to capture waterfalls is Ricketts Glen State Park near Red Rock Pennsylvania. Tim travels to Ricketts Glen and the nearby State Game Lands 13 (SGL 13) several times a year to capture the magic and beauty of this special place.

With more than 20 named waterfalls, Ricketts Glen is arguably the crown jewel of Pennsylvania State Parks. Only budgetary issues and WWII derailed Ricketts Glen from receiving the ultimate honor of being named a national park. Tim's Ricketts Glen waterfall photos have been featured on the web and as well as included publications such as the Pennsylvania Department of Environmental Protection State Water Atlas.

Much of Tim's other work focuses on those areas near central Pennsylvania, where he lives with his wife and two kids. While not working, he and his family also enjoy the beautiful mid-coast region of Maine and its stunning scenery.

Tim's interest in photography started in the mid 1980's when his father, also a photographer, taught him to use his Nikon 35mm cameras. More than 25 years later, Tim is still honing his photography skills and applying that knowledge to the works you see here in these galleries. His hope is that you enjoy his creative works as much as he has enjoyed the challenge of capturing them.
Contact Info
© 2019 Timothy S. Devine
Featured Galleries & Collections 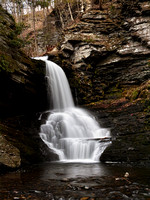 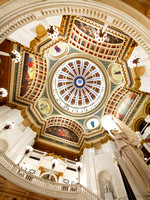 Very nice work and thanks for sharing with us.

Joe
Scott(non-registered)
Tim, thank you for posting your Ricketts Glen images they are outstanding!
tom kelly(non-registered)
Love Rickets Glen Especially! I can see why you and Marty love the Place!!1 I,m looking forward to my Sept Visit!1 Tim , If you are ever In Red Rock Country, give me a Hollar.
Sincerely,
Tom Kelly
The guestbook is empty.
Loading...
Available Feeds
RSS | Atom
Recently Added
RSS | Atom
Featured Items
Close
Powered by ZENFOLIO User Agreement
Cancel
Continue